China’s alleged expansionist activities in the disputed South China Sea and extensive oceanographic research in regions believed to be of military significance are increasingly becoming a concern for major seafaring nations.

Over a fortnight ago, Indonesian fishermen found an underwater drone near Selayar Island in Indonesia’s Flores Sea which according to experts appears to be a Chinese Sea Wing unmanned underwater vehicle (UUV). This news soon spread like wildfire among the Indonesian media as well as social media.

The UUV that was found near Selayar Island in South Sulawesi, far away from Chinese waters, points to Beijing’s active surveillance of shipping lines in Indonesian waters.

These are also the only deep-water channels that connect the South China Sea to the strategic Indian Ocean, which also brings India into the picture.

Even though Indonesia does not see itself as a party to the list of disputes related to the South China Sea, Beijing has in the past claimed rights to parts of the sea overlapping Indonesia’s exclusive economic zone (EEZ). The other significant point is that these waters are also close to critical shipping lanes linked to the north of Western Australia.

This is not the first instance though. In March 2019, a similar underwater drone was found in the world’s busiest shipping line of the Strait of Malacca between Indonesia and Singapore. The next drone was found on January 2020 near the Sunda Islands belonging to southern Indonesia and the latest one on December 20, 2020, has been found in the Lombok Strait of Indonesia (a strait connecting the Java Sea to the Indian Ocean).

Images obtained from locals show that the drone is shaped like a tube with wings. History suggests that these drones come packed with multiple sensors and long-range transmitters to relay recorded data back to the monitoring stations.

If the drones indeed belong to China, this may be a complete reconnaissance activity carried out in order to gather vital information for their navy submarines.

The architecture of the underwater drone

Experts opined that these drones are mostly unpowered and hence must be working on a principle called the “variable-buoyancy propulsion”. This is a mechanism where a balloon-like device filled with pressurized oil inflates and deflates repeatedly. This causes the device to sink and rise, thereby moving forward with the help of the wing-like structures.

The Indonesian media has released the dimensions of the captured drone: It is 225cm in length having a 50cm wingspan and a 93cm-long trailing antenna.

An open-source intelligence (OSINT) researcher based in Indonesia, @Jatosint, tweeted about the latest capture in a series of tweets. He also tweeted that this captured underwater drone resembled the Chinese-made Sea Wing glider.

Underwater drones or gliders like these are manufactured by nations like the USA, China, France, and a few others. Naval experts, however, feel that the captured drone carries certain characterizable features that make it seem like a Chinese-manufactured device. The key differentiator is said to be the vertical stabilizer of the drone which is like a tail fin underneath the drone. Normally, such gliders would have these fins pointed upwards.

The images and the architectural descriptions obtained from local experts point towards the nose cone housing three sensors and the wings built with a folding mechanism. The antenna extends directly out of the center of the tail cone.

The sensors can gather data ranging from temperature, turbidity, salinity, chlorophyll, and oxygen levels. This data can be valuable to naval planners supporting submarine operations and can be vital to enable hiding of submarine movements from the enemy’s eyes.

India Today reached out to HI Sutton who is a defence analyst specializing in submarines and naval warfare. Talking about the design of these UUVs found in Indonesian waters, he said, “The design is broadly similar to other variable-buoyancy propelled gliders. The cutaway is based on inferring the internal layout from photographs of the exterior and general knowledge of other gliders.”

“These UUVs can play different roles such as scientific research, dynamic ocean process observation, acoustic detection, comprehensive exploration of the deep-sea environment. Naturally, these have naval/military relevance and are helpful in civilian research,” he added.

The latest catch
Indonesian social media was inundated with images of fishers, soldiers, and police personnel posing with the captured surveillance drone. Selayar Island is situated to the north of Western Australia. The Sunda Strait that is nearby is a deep-water channel leading to the Indian Ocean. The Lombok Strait on the other side links Indonesian to the Timor Sea and Darwin (Australia).

The captured underwater drone has now been taken to Indonesia’s Makassar naval base for inspection.

Indonesian security analyst, Muhammad Fauzan, opined to the ABC (American Broadcasting Company) that he felt the drone was most likely mapping future submarine routes, given it was found far from Chinese waters and in a significant maritime route between China and Australia’s northernmost city of Darwin.

Fauzan expressed that there were significant questions around whether the drone, if a Chinese instrument, was being used for intelligence gathering or illegal surveying.

“Perhaps this latest discovery is significant because it is reported that the drone was active when the fishermen found it: it was moving, the light was blinking, and the forward sensors were working. And this is the first time we have heard that the military publicly says they have secured the drone and are conducting a full investigation which, according to the latest report, is currently being carried out in the second fleet headquarters of the Indonesian navy in Surabaya.”

There is indeed no confirmation yet on the country of origin and the country that operated this underwater drone. Indonesia’s naval chief Admiral Yudo Margono said the Indonesian Navy’s Centre for Hydrography and Oceanography has been given a month’s time to analyze the drone and its data to identify the owner.

It is noteworthy to revisit that China’s Academy of Sciences had stated in December 2019 that it had released a dozen of such Sea Wing drones into the Indian Ocean.

These underwater drones reportedly traveled around 12,000km and dove up to 6.5km beneath the wavetops. The academy had conducted a similar survey of the South China Sea back in 2017.

In October 2019, at the military parade to mark the 70th anniversary of the People’s Republic of China (PRC), the HSU001 series of UUVs were unveiled which had the capability to launch multiple smaller drones.

The strategic impact
Beijing’s covert surveying of the underwater terrain in these choked waterways is indeed alarming for nations in the region. Australia especially may feel uncomfortable considering the already escalating trade and diplomatic tensions between China and Australia.

These underwater drones can map every nook, cranny, and wreck on the sea bottom, and can also chart changes in water temperature, salinity, and current speed.

Defence analyst HI Sutton opined: “These drones/gliders may, in some cases, be innocent, but they are naturally viewed with suspicion. It may be evidence that China is reconnoitering potential submarine routes into the Indian Ocean through Indonesian waters. Or some other naval plan.”

“Such hydrographic data is vital for submarine warfare both for friendly submarines to remain hidden and to help locate hostile ones. It can also identify the most effective locations to position sea mines to attack ships passing overhead. These routes, the Sunda Strait and Lombok Strait may be important in wartime,” he added.

“Intelligence gathered by the drone may be valuable to the Chinese Navy if their submarines intend to use these straits,” Sutton said.

Beijing has been repeatedly caught operating in foreign waters in the past. In September 2020, the Indian Navy had evicted a Chinese survey ship Shhiyan-1 from the waters surrounding the Andaman and Nicobar Islands. It is recorded that Beijing has been sending regular submarine patrols around the waters of the Andamans and Bay of Bengal since 2012.

Experts said such recces could also be a result of fears within the Chinese establishment of other naval powerhouses in the region (starting with Quad or the grouping of India, Australia, the US, and Japan) as China’s economy relies heavily on sea lanes of communication passing through these waterways. On the other side, controlling these channels could help stifle countries like Japan, Australia, and South Korea in the future, if a situation arose.

China’s People’s Liberation Army (PLA) has for the first time completed 3D mapping of its western border including the disputed part with India to...
Read more
China

China on Saturday called for the immediate return of one of its soldiers who “went astray” in the China-India border areas and was apprehended...
Read more
China

China is planning to replace the Russian AL-31F engines, which power its fifth-generation J-20 stealth fighter jets, with the upgraded version of its home-grown...
Read more
- Advertisement - 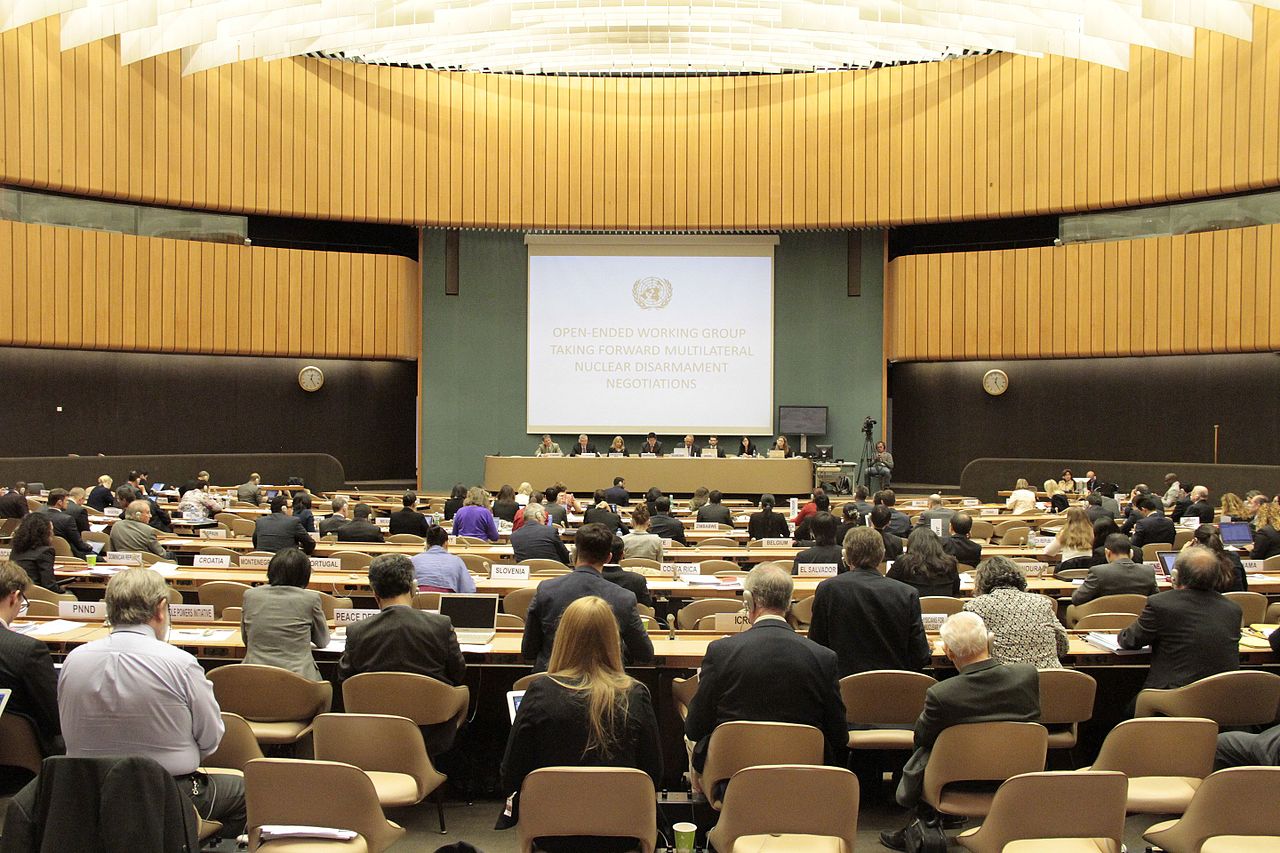