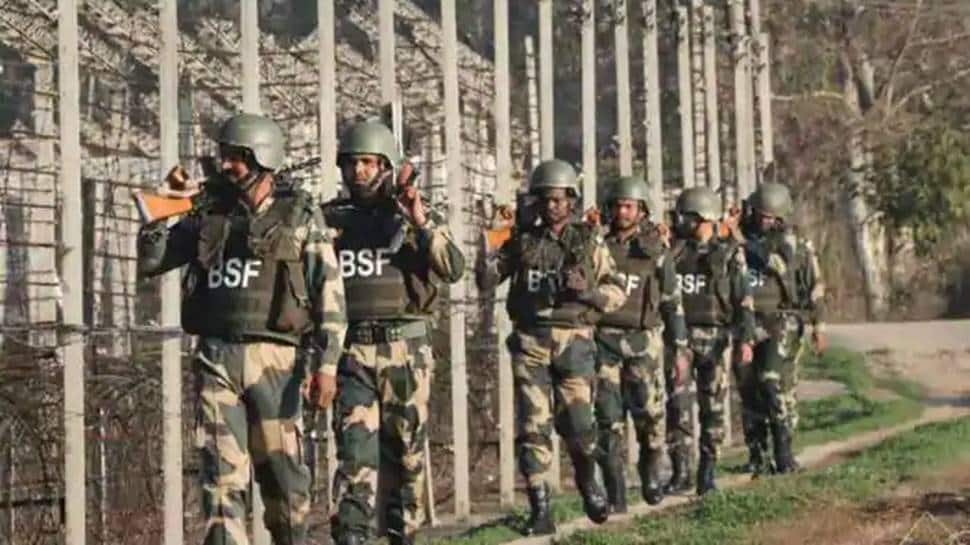 A BSF troop on patrolling duties on the International Border in Border Outpost Bir Singh under Belonia at Tripura South district were attacked by trans-border miscreants on Monday (February 1, 2021).

At 10.55 am on Monday, the BSF party observed 7 to 8 people trying to damage the IBB fence with the intention to smuggle cattle to Bangladesh.

When the troops tried to stop them the miscreants adopted an aggressive approach and physically attacked the BSF party using “Dah” and “Lathis”, which caused serious injuries to one of the BSF Jawans.

Meanwhile, a large crowd gathered at the spot encircling the BSF party. As the BSF party sensed danger to life and property, they resorted to firing by non-lethal weapon i.e. Pump Action Gun (PAG) in self-defense.

A shot was fired in the air, the miscreants fled away from the spot though, one miscreant namely Jasim Miah of Debipur village in Tripura South district sustained pellet injury.

The injured miscreant was moved to PHC Hrishyamukh and further referred to Sub Divisional Hospital Belonia, where the doctor declared him dead.

An FIR has been lodged in the Police Station and BSF has ordered a departmental inquiry to investigate into the matter.