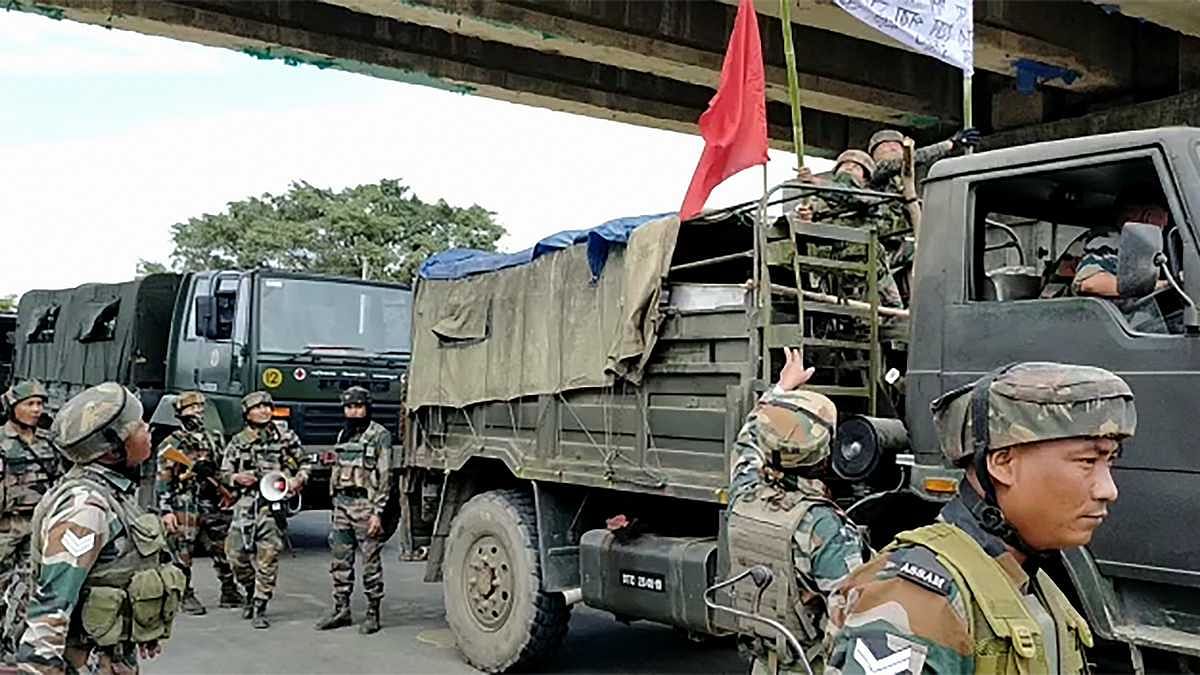 With a planned and gradual drawdown of soldiers underway in the Northeast, where the security situation has significantly improved, the Indian Army plans to redeploy up to 10,000 extra troops by the year-end to carry out the force’s primary task — dealing with the Chinese threat in the eastern sector, people familiar with the development said on Tuesday on condition of anonymity.

These soldiers are part of a reserve division whose elements can be swiftly marshalled to support front-line troops guarding the Line of Actual Control (LAC) with China to deal with any contingency in the sensitive sector, the people said.

While around 3,000 soldiers have already been pulled out of counter-insurgency and internal security duties in the Northeast, another 7,000 soldiers are expected to be withdrawn by the year-end, said one of the people cited above.

The move will help the army focus on the borders and train for conventional operations, experts said.

Several parliamentary panels have made recommendations in their reports to reduce the army’s exposure to counter-insurgency and counter-terrorism duties because it results in blunting the force’s focus on its main task — defending the country from external aggression.

On January 12, army chief General Manoj Mukund Naravane said the army was in the process of reducing its footprint in the Northeast to sharpen its focus on external threats. No such drawdown of troops is currently planned in Jammu and Kashmir though, he stressed.

The planned pull out of some units from a counter-insurgency role in the Northeast is a good step, said former Northern Army commander Lieutenant General DS Hooda (retd).

“The security situation is almost completely under control and it can now be handled by the police and central armed police forces. It will enable Eastern Command formations to focus on their primary role along the Northern borders,” he said.

With both the Line of Control (LoC) with Pakistan and LAC being volatile, any reduction in internal security duties would be of great help ineffective management of the borders and training for conventional operations, Hooda added.

The internal security situation in the Northeast has improved considerably with a large number of insurgent cadres surrendering before the security forces, and successful operations carried out last year.

Compared to 2018, there was a 40% increase in the apprehension of insurgents last year, a 60% decline in violent incidents and a140% increase in seizure of contraband, resulting in choking the supply of funds, according to government data accessed by Hindustan Times.

“There has been a progressive decline in violence over a period of time. However, continued efforts are needed to achieve the desired level of peace, especially in Manipur, Nagaland and south Arunachal Pradesh,” said a second official. More troops will be withdrawn when the situation further stabilises in these states.

Excellent coordination with Myanmar (Op Sunrise) has also made it hard for Indian insurgent groups to set up camps and operate from there, said the third official. However, one concern that remains is that the cadre strength of valley-based insurgent groups (VBIGs) in Manipur remains intact, he said.

“The current focus of all stakeholders is primarily on the ongoing Naga peace talks,” said a fourth official.

On the situation in Assam, he said the army had gradually started disengaging from the counter-insurgency grid in lower Assam and begun handing over the operational responsibility to the state government.

“A comprehensive view of the security situation in lower Assam is being taken post the Bodoland Territorial Council elections that were held in December 2020 and a decision on disengagement of remaining forces will also be deliberated upon subsequently,” he added.